From AUD $15.00
Board a barge and immerse yourself in the daring escapades of notorious bushranger Matthew Brady in 1825. The true local story told in the dark ride is of the escaped convict, pirate and ‘gentleman bushranger’ Matthew Brady. Who in 1825 was captured near Launceston by the bounty hunter John Batman, who later founded Melbourne. Among Brady’s featured escapades is his gang’s capture of the township of Sorell and his pirating of the sloop ‘Glutton’ in an attempt to escape from Van Diemen’s Land in late 1825.

The Dark Ride runs anytime and takes approximately 15 minutes to complete. Arrival must be between 10am - 4:30pm.

Refunds not given for change of mind.

Please enable cookies in your browser to place a booking

Please note: After your purchase is confirmed we will email you a confirmation. 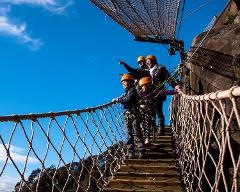 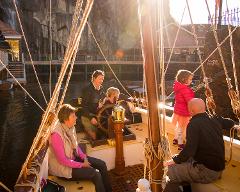